The world of display units doesn’t stop surprising us! It has so much offer that it is hard to keep track of the latest, most advanced technology. We still remember the simple times when CRT televisions ruled the roost. There was no confusion, and everyone knew that the only thing to ponder on was the size!

With time, things started changing, and the display world saw a wave of advancements. Suddenly there were too many options. From LCD to LED, WLED, and QLED, there is just too much to absorb,contemplate, and compare. Which one should you buy? Which one actually suits your needs? What is the difference?

The latest battle is between WLED and LED displays. People are stumped and unable to figure out +what to do. While LED is a common term, WLED is not. In this article, we will learn about it so that the difference, if any, is clear.

What is the WLED-Backlit display? 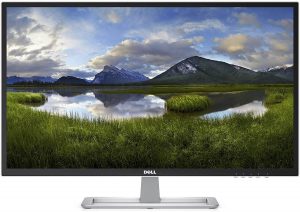 The Win WLED stands for white. So, WLED means White Light Emitting Diode. This implies that the backlight is white in WLED monitors.

What is an LED? 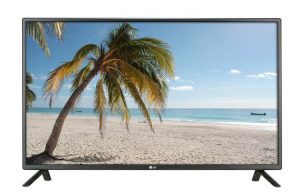 LED is Light Emitting Diode. It is an upgrade from LCD monitors that use CCFL operation. They have better visibility, contrast, and other features when you compare them to LCD.

What is the difference between WLED and LED-backlight displays?

There’s absolutely no difference. We have come to understand that WLED and LED are the same. Infact, all LED televisions and digital monitors use WLED backlight for better visibility.

You see, the whole confusion started as a marketing gimmick to entice innocent buyers. Today,anything that looks fancy sells. That’s exactly what marketers have employed here. Since LED is starting to lose its charm, it only makes sense for them to sell it under a better name and that’s how WLED became popular. If someone tries justifying an extravagant price by saying it is WLED, just.

Ignore them and walk away because WLED is not worth shelling out extra money. Also, don’t ever buy from them because they are cheating you outright.

Good sellers will always clearly explain that LED displays are WLED-backlit and will help you make the right choice. These are the sellers you should rely on. When you check online too, make sure you compare the options. Some may sell under the WLED name, but the price shouldn’t be higher than those that are selling them as LED. The only justifiable difference is in size and brand.

Now, let’s quickly go through a few FAQs on this topic:

WLED is white light-emitting diode, mostly used as a backlight for digital monitors.

2) Is OLED better than LED?

Yes, it is. The picture quality, specifically, is better in OLED.

This means that the screen type of your monitor is IPS and the backlight is WLED.

Yes, LED monitors consume less power and that is why, they are considered better than IPS.

Yes, IPS monitors are easy on the eyes.

Conclusion
Long story short, there’s no real difference between WLED and LED displays. They are one and the
same!